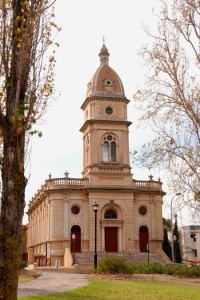 Since becoming part of the Uniting Church in 1975, the traditional Congregational ethos of freedom of thought, independence of church government, and interest in public concerns, remains influential within the community.

The church site cost four hundred pounds ($800).  The lowest tender for the erection of its Greco-Italian style exceeded the estimated cost of four thousand pounds so it was built by day labour under the direction of architects.  The first Superintendent of the Sunday School acted as Clerk of Works!

The lack of adequate educational services in the young colony prompted Rev. Jefferis to establish the North Adelaide Young Men’s Society to provide courses in various subjects, and training in writing and public speaking.  This was well attended, and at least four Brougham Place men became Members of Parliament – then a voluntary service.

When Mr Jefferis was offered a gift of twenty thousand pounds for a denominational College, he had a broader vision and arranged for the transfer of the gift to become the nucleus of a fund to establish the University of Adelaide.

Strong, relevant preaching has always been seen as a vital feature of the Church’s contribution.

Since 1859, Brougham Place Church has been a place where thousands of people from all walks of life have experienced the comfort, strength, joy and vision of God as well as the nurture of a loving fellowship. 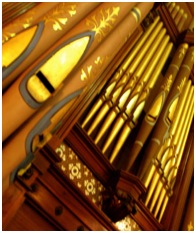 Built by W.G. Rendall in 1882, then valued at 800 pounds.  The organ weighed nine tonnes, and the bellows carried 454 kgs weight to supply air for its operation.

The bellows have changed from hand pumping to hydraulic and then an electric motor.  In the small room to the right hand side of the organ one can find an “Honorary Organ Blowers Association” listing of those young men and boys who took turns pumping by hand.

The organ was refurbished and restored most recently by L. Jacob in 2007. 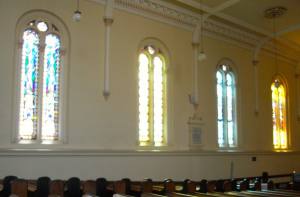