From BPWiki
(Redirected from Steve Koski)
Jump to: navigation, search 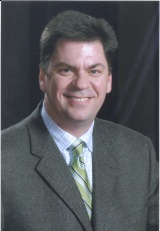 Steven Koski
Rev Steven Koski was minister at Brougham Place and director of the Cairnmillar Institute 1990-1999.

The nineties of the last century were a period of growth at this church, when the Rev. Steven Koski from the USA was the minister. Like the founding minister, Steven saw no conflict between theology and science, and preached and practiced “What Christianity can offer psychology”.

In 1989, the congregation was looking for a new minister and Francis Macnab, minister of Collins Street Church in Melbourne, was approached for suggestions. Ministers with strong preaching, counselling and human relation skills were requested. He suggested a young American with psychological training who had newly arrived from the United States. Owen Bevan, Chairman of the Congregation and Chief Superintendent of Police, Alison Sanchez, Jim and Margaret Daly, Elders of the congregation, went to Melbourne to interview him. He was invited to preach here on 16 July 1989 and was called by the congregation to the position of minister. He accepted this call and was inducted on 16 March 1990. A few months later, Steven returned briefly to the United States to marry Laurie Towner in Seattle on 2 June.

The same meeting of the congregation that called Steven Koski also agreed to bring the Cairnmillar Institute to Adelaide. The Cairnmillar Institute was founded in Melbourne in 1961 and the Director at that time was Dr. Francis Macnab. A nationally and internationally known human resources organisation, it provided professional psychological services such as therapy, support groups, counselling and training programs. Steven Koski became the Director of this Institute in Adelaide, and Laurie, when she arrived, also joined the staff, providing a warm sense of compassion. A time of frenzied activity began, with building renovations, painting, launches, dinners, guests from Melbourne, new courses, retreats, a new format for worship, landscaping and new gardens, meetings, meetings and more meetings. Steve was amazed at how well the people coped with these changes and he was grateful for the support and friendship he received from them, providing a much needed stability and strength. At the end of this remarkable year, Steven told the congregation, “You ain’t see nothin’ yet! I feel we are on the verge as a church to be a major influence, presence and inspiration in people’s lives.”

This message certainly made an impact on the wider community, as monthly attendance figures showed: from July to September 1995 between 100 and 180 worshippers regularly attended Sunday services. The National Church Life Survey in 1996 showed that there had been 44% growth since 1991, the national figure being 6%. 58% of the members had attended the church for five years or less, compared to 39% nationally. The age profile of the church was also younger than for the wider church, with 28% of attendees in the 30-39 age group and 17% in the “Parents with primary age children” group. Brougham Place was a highly educated group, with 35% holding post-secondary qualifications. Finally, 16% of people were separated or divorced compared to 6% in the rest of the church.

Early in 1999, Steven Koski accepted a call to First Presbyterian Church at La Grange in Chicago, in his homeland. He preached his farewell message on 28 March 1999 to a congregation of 300 people. Steven and Laurie and their children, Jacob and Jonah (both born in Adelaide) were farewelled afterwards at a Loaves and Fishes barbeque and picnic in the park opposite the church.

In 2006 he was appointed pastor at First Presbyterian Church, Bend, Oregon, USA. From time to time he visits Adelaide (if briefly).